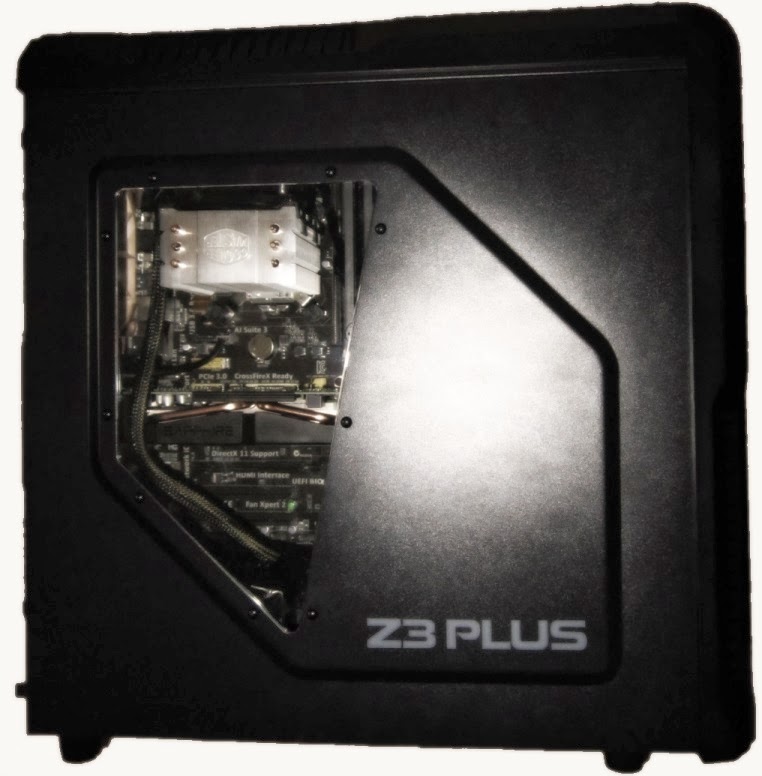 Delving into the inside of PCs isn't that new to me, I've swapped in and out pretty much every part at some point individually. But, building a PC entirely from scratch was new to me and I'd decided to do this for a Christmas gift since I couldn't find any off-the-shelf PCs for the recipient that had the specification I was looking for.

It's rewarding when you throw a lot of individual pieces into a box, assemble them and find that it actually works when you power it up. Disappointingly, this victory was shortlived. One of the issues with buying lots of separate components is that you have to cross your fingers to some extent and hope that there aren't any issues with any individual one (bad drivers, firmware issues) and that they all work well together.

In my case, I found two cases of odd behaviour. First, case fans would properly start almost every time the machine was powered on, but wouldn't always. When this happened, I could see the rear fan trying to twitch, but not doing anything useful. Forcing the fans to full speed in the BIOS and restarting made the fans operational again, and you could then reset them back to normal speed with them still running. Not great though.

Second, I was getting strange, and random, failures to restore the system from hibernate under Windows, often with the message "Your system's firmware did not preserve the system memory map across the hibernate transition". Sometimes it would work, others not. It might have been linked with entering the BIOS settings first before booting, but I'm not entirely sure of that.

Anyway, my hunch was that both of these issues seemed to be some problem with the motherboard1, I tried a BIOS update provided by technical support, it didn't improve things. I'd wasted that much time on it, I just gave up and just ordered another board instead, and (fingers crossed) everything seems OK at the minute.

So, some things I learned:

1. Unless you constantly keep track of what's going on in the world of PC components, the choice of PC components is a little overwhelming. For me, getting several use out of a PC isn't unreasonable with some minor upgrades. My desktop is over six years old and I'm not that interested in keeping up with what's going on if my current setup works well enough…2

For me, it kept feeling like I was always on the verge of making a poor purchasing choice. There are plenty of reviews online, but it takes time to delve into them. On the other hand, PCPartPicker didn't exist the last time I'd bought lots of PC components and I found that useful for price comparisons.

2. When I first applied thermal compound to the heatsink, I used this two parallel lines method as I was using a heatpipe direct touch (HDT) cooler. After removing the heatsink from the CPU when rebuilding, I found that it had worked well, giving a good uniform coating across the CPU.

3. Small 70% isopropyl alcohol medical wipes do a great job of removing thermal compound: the alcohol evaporates really quickly and the wipes didn't leave fibres everywhere. You'll probably need a couple of wipes for your CPU and another couple for your heatsink; they're sold in huge packs very cheaply (I paid a couple of pounds for a hundred).

4. I didn't understand why there were so many complaints about Intel's push pin cooler design until I had to install it the second time. 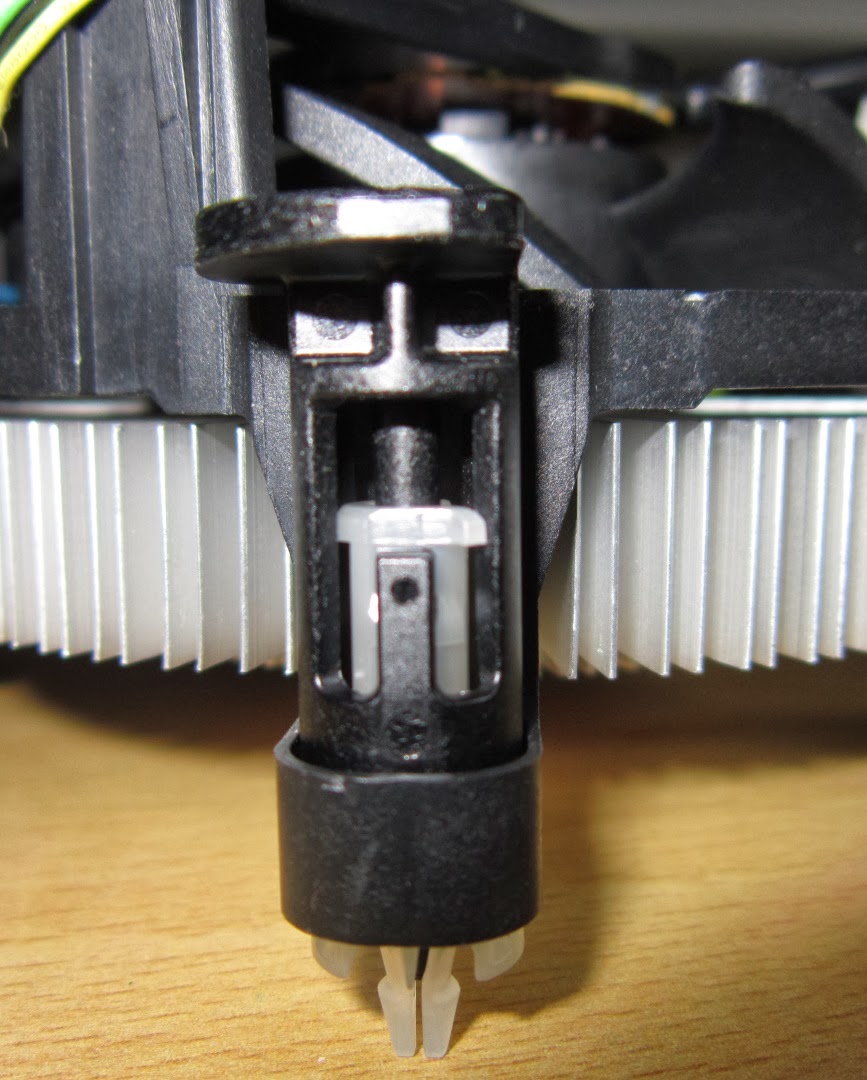 You put the pins of the cooler through the motherboard then click them in place to open out the pins and lock them there. Sounds easy, until you find that all but one pin are through the board while one side of the final pin has bent completely out of shape. (Specifically, the force I was putting on the pin had pushed one of the two bits of pointed white plastic at the bottom of the pin to a near ninety degree angle against the motherboard. It was still fixable though.)

5. Motherboard and case manufacturers don't write the greatest documentation. There were some steps missing entirely from the case instructions, e.g. how to pop out a front panel cover of the case to make room for a DVD drive which was less than obvious. I was lucky that I found a couple of YouTube videos where people were showing how they built their PCs using that case step-by-step.

ASUS decided to helpfully show a nice large pinout of the front panel to motherboard wiring in the manual (e.g. HDD LED, power switch) so that you didn't have to squint at the tiny print directly on the motherboard. Unfortunately, the manual didn't bother to label the positive and negative sides of the LEDs meaning I still had to stare at the motherboard to figure this out…

6. Windows activation seems to tolerate motherboard changes when the boards have identical chipsets. It needed reactivating once I swapped the board, but this was just another online activation.

7. (Unsurprisingly,) formatting a Bitlocker encrypted drive removes the encryption. I'm not sure why I thought it might be otherwise, though Windows doesn't bother to warn you about this. My use case was that I'd already encrypted an external backup drive for use with this PC. However, as I'd carried out a fresh install after the rebuild, I wanted to wipe the useless existing backups. (It was just the old Windows install there, no user files). The quickest way is to delete everything is to format.

However, if it's taken a long time to encrypt the drive, it's probably better to just delete the existing files on the drive instead. (Windows 8 gives you the option of encrypting used space only which would have made this is a bit less painful. Fortunately, I'd tested on a small USB drive first to discover this rather than the 2 TB backup drive which had taken several hours to encrypt.)