2014/02/09: An edited version of this post was recently republished on DJ TechTools.

DJ software: complete with the kitsch in sync 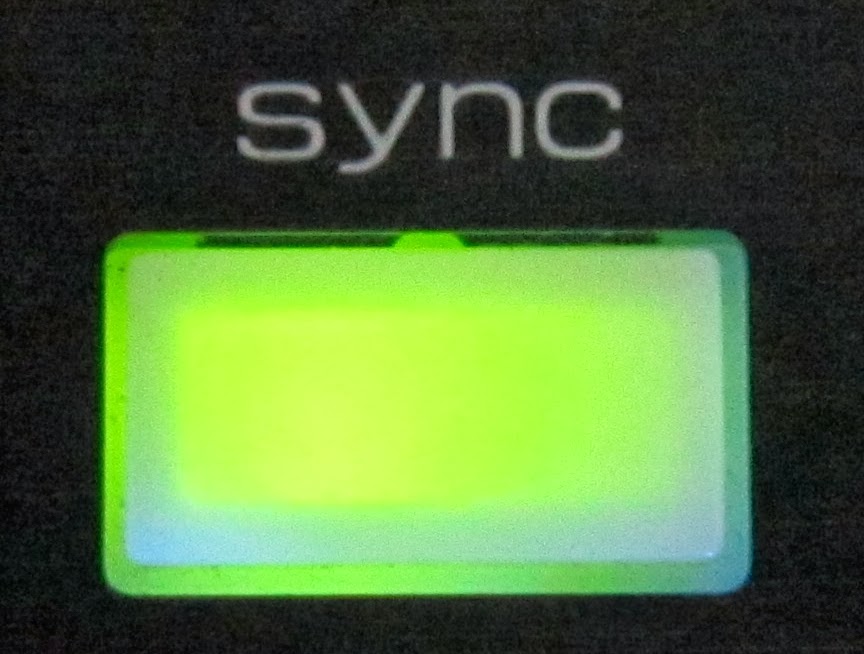 There's a view — one I guess is primarily propagated by people who were DJing long before the likes of Traktor and Serato1 came along — that using software on laptops doesn't really "count" as DJing because you don't need to beatmatch. Algorithms for beat detection usually work well enough these days that software can usually have a good go at this for you.

It's a slightly odd opinion though, and one that I actually think does DJing a disservice. The implication of beatmatching being so important is that there's little more to DJing than that. Just get the beats matching up or push the sync button, and, that's it, congratulations, you are now a DJ and your membership card will be in the post!

What's strange to me is that you'd think, as DJs, they'd be aware of the importance of everything other than beatmatching that goes into even a simple A-B mix. Track selection and sequencing, transitions between tracks, EQing, harmonic mixing are things that sync won't handle. Software's not really going to easily handle this for you2 as a lot of it is down to personal preference and choice, as well as the type of music you're playing. (Oh, sync is entirely optional too: no-one forces you to push that button.)

Why beatmatching is worth your time

Having said all that, there are still good reasons why it's still worth learning:

However, a simple beatgrid can break down with tracks with live, unquantised percussion or where there are particularly unusual rhythms or switch ups.. Knowing how to handle cases where sync fails completely or where minor adjustments (e.g. with tempo bend) are necessary is essential to keep beats from drifting. 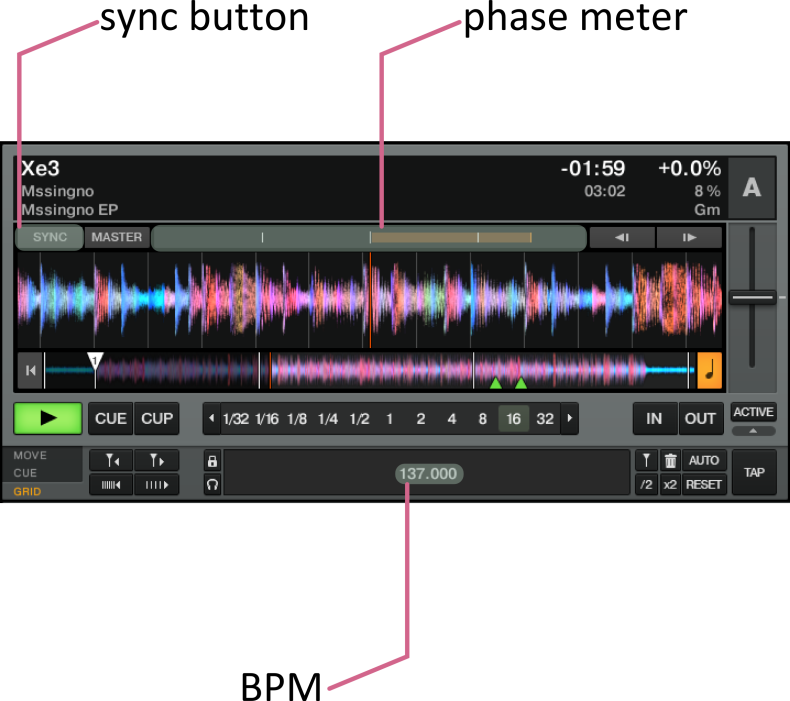 (Note that both tracks you're playing need to have correct beatgrids otherwise the phase meter is likely to be misleading.)

Of course, you can always use your ears for this, but the phase meter gives you a quick visual indication of how well you've done.

You can check BPMs immediately when you think you've matched tracks as well as possible3. One easy way is just to click the GRID option directly below a deck (you can also add a permanent BPM counter in Preferences > Track Decks > Deck Header.)

This gives you a direct indication of how far off a match you actually were; if you're only a couple of hundredths of a BPM out, you're doing pretty well.

Importantly, you can see that you're improving even if you haven't quite got the hang of it. To reuse the bike analogy, the learning curve is pretty steep. First, you fall off a lot, then you start riding albeit a little wobbly. I found beatmatching pretty similar: for quite a while, I couldn't manage it, then all of a sudden I could (though quite badly). You then become steadier and grow in confidence with practice.

(One gotcha with beatgridding is that if Traktor may well have detected a BPM half or double what it should be, e.g. tracks at 140 BPM might be detected as 70. If the BPMs of the two tracks are reportedly wildly different, but you seem to have beatmatched them nonetheless, that's probably why.)

One exercise often mentioned in beginner beatmatching tutorials is to mix two identical tracks. When I was starting out, I found this sounds cluttered and confused me a little. Unsurprisingly, it's sometimes really hard to distinguish the two tracks as they sound the same.

Using different tracks might be easier. However, the tracks you're using might not be the same speed which leads to the chicken-and-egg problem of how can you beatmatch before you've learnt to beatmatch? In this case, the sync button should handle it for you with one push of a button.

If you're not sure what a "perfect" mix of the current two tracks should sound like, the sync button will give you that too. You can then nudge one track slightly out of phase with the other using tempo bend to easily hear the difference, say, when a monitored track is ahead versus the live track; also useful in developing beatmatching skills.

It's not always easy to judge how well your beatmatching is while you're actually doing it. Recording your practice and listening back to see how it actually sounds to a listener is pretty simple with one click. Are the beats matched together perfectly or not? Did you let the beats drift at all through a blend?

One design choice that I would criticise about many MIDI controllers is that their pitch faders tend to be on the small side. This makes it difficult to accurately beatmatch, since precise adjustments (hundredths of a BPM) are tricky. One workaround is to map a knob as a fine pitch control with a much smaller range.

This lets you lock in to the rough BPM using the pitch fader, then use the knob to make very small corrections.

As long as software doesn't perfectly get beatmatching correctly with zero preparation, there's still a need for beatmatching. Not only that, software can actually help you practice and improve too: I self-taught myself beatmatching with Traktor and a MIDI controller. Let me know if you've done the same.